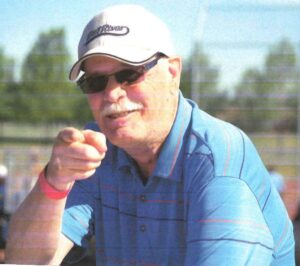 Pre-deceased by his wife, Vicky, of 35 years, Rick will be remembered by his son Adam (Debbie), daughter Veronica, sister Beverly Baitley (Jim) of Ontario, brother and sister-in-law Richard and Wendy Foley of Kelowna, Donna and Barry Kessel of Balgonie, Sandra Sanderson of Kelowna as well as by many cousins, aunts, nephews and nieces. Rick was predeceased by his mother Marguerite of Port Hope and father Gene of Rama, Ontario.

An avid Baseball/Fastball coach and fan, there is a new coach and umpire helping out today. Let’s play ball!