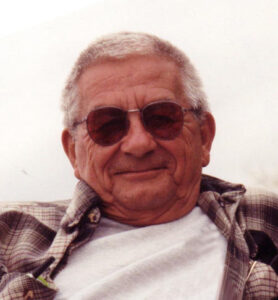 Simonin, Raymond Joseph January 23, 1939 – November 17, 2013 Ray, beloved husband of Carol, of Calgary passed away suddenly on November 17, 2013 at the age of 74. Born in Bassano, Alberta, Ray moved to Calgary in 1961 where he worked at CP Rail before pursuing a career as supervisor with Canada Post until his retirement in 1993. Ray and Carol married in 1964 and were happily together for over 50 years. Ray was an avid fan of both the Calgary Flames and Calgary Stampeders . He loved playing crib and cards with his daughters and grandkids. His most favorite thing to do was spend time with his family and friends. He was the organizer of Thursday night crib club at Southview Community Hall. Besides his wife Carol, Ray is survived by his three daughters, Michelle Simonin (Derek Safnuk), Colleen (Randy) Dyck, Tracey (Brent) Thompson. He is also survived by his six grandkids Paul, Mackenzie, Jason, Nicole, Leah and Matthew and his sister Louise Scott (Reg Ell). Ray was pre-deceased by his mother Anna, his father Louis, sister Madeline and brother Maurice. In honor of Ray’s wishes no formal service will be held. Family and friends are all invited to a celebration of Ray’s life on Friday November 22, 2013 between 1:00 pm and 4:00 pm at Southview Community Hall (2020 33rd Street SE). In lieu of flowers, donations may be made in Ray’s name to the Canadian Diabetes Association, #204, 2323-32 Avenue N.E. Calgary, Alberta, T2E 6Z3. Ray, your sense of humor and kindness to everyone will never be forgotten. We will never forget your laughter directed at us when winning at cards. Messages of condolence may be forwarded to the family at www.piersons.ca. Arrangements are in care of PIERSON’S FUNERAL SERVICE. Telephone 403-235-3602.