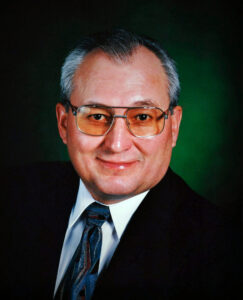 It is with great sadness that we announce the passing of our beloved Ray on May 17, 2016. Ray was born in Dauphin, MB and moved to Calgary, AB in 1966. He met Marilyn and they were married in November 1968. He was employed for many years through Ironworkers Local 725. Ray was a member of the Cheadle Lions Club for over 30 years. Ray will be lovingly remembered by his wife of 47 years, Marilyn; his son Kevin (Melissa); his grandchildren Logan, Carter, and Presley; his brothers Herb, Peter, Sam, Mitch, Ted, and John; and sisters Marion, Linda, and Alice; and many extended family members. Ray was predeceased by his son Gordon; his parents Ted and Marie Fair. Ray was an avid sportsman who loved to play softball and spent a great amount of time at his sons sports activities. He was a dedicated Lion’s Club Member who contributed greatly to support the Lion’s Club causes. Ray was an active grandfather who was involved in sports activities with his grandchildren. To the guy who was always the first one to arrive and the last one to leave, he will be missed. A Funeral Service will be held for Ray at Mountain View Memorial Gardens (17 Avenue & Garden Road / 100 Street SE, Calgary) on Friday, May 27, 2016 at 2:00 pm.