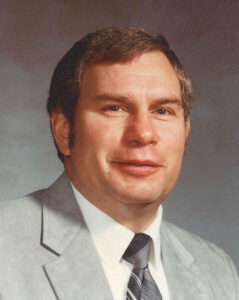 Ray Forester passed away peacefully at home on Sunday, December 23, 2012 at the age of 73 years. He will be dearly missed by his beloved wife and best friend, Bev; daughter Terrie, of Madras, OR; sister Elsie, of Portland, OR; brother Larry (Laura) of Bend, OR, granddaughters Crystal and Heather; four great grandchildren; and many more family and friends. He was predeceased by his parents Ida & Edwin. Ray was born and raised in Deer Park, WA. He moved to Portland, OR where he graduated from University. In 1969, he came to Canada which has been his home ever since. A Memorial Service will be held for Ray at King of Glory Lutheran/CCA Church, 2640 Rundlelawn Rd NE, on Saturday, December 29, 2012 at 11:00 a.m. If friends so desire, donations in memory of Ray may be made to the Salvation Army, 1739 29 Street SW, Calgary, AB, T3C 1M6.