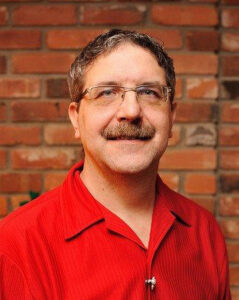 Pawelko, Randolph “Randy” Thomas February 28, 1966 – May 10, 2014 Randy Pawelko passed away on Saturday, May 10, 2014 at the age of 48 years after a 10 month battle with cancer. He will be dearly missed by his wife Kim; their three sons Dan, Andrew and Matthew; his mother Margaret; his brother Jeff Pawelko (Shelly); his extended family including Bill & Sheila Orr, nieces, nephews, other relatives and friends. Randy was predeceased by his father Raymond (1995) and a brother Daniel (1964). Randy was born in Regina and moved to Calgary as a young child. He was raised in the Forest Lawn area of Calgary and graduated from Father Lacombe High School. Randy married his high school sweetheart Kim and together they raised their sons in East Calgary. He worked in technical sales for EC&M Electric for the past 19 years. Randy loved building models, playing his guitar with his band, camping, biking and watching his favourite sports events: NASCAR, the Flames and the Saskatchewan Roughriders. He was a wonderful husband and father and will be dearly missed by his family and friends. Relatives and friends are invited to Prayers at Pierson’s Forest Lawn Chapel, 4121 – 17 Avenue SE on Thursday, May 15 at 7:00 pm. A Memorial Mass will be held at Holy Trinity Catholic Church, 16 Avenue & 44 Street SE on Friday, May 16 at 11:00 am. If friends desire, memorial tributes may be made to the Alberta Cancer Foundation, 1331 – 29 Street NW, Calgary, AB T2N 4N2. Messages of condolence may be forwarded to the family at www.piersons.ca.