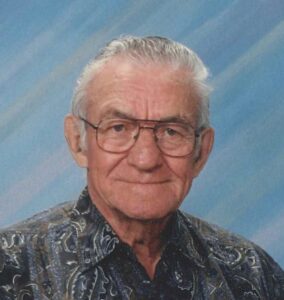 It is with heavy hearts that the family announces his passing on Thursday, February 20, 2014 at the age of 86 years. He will be lovingly remembered by his four children, Suzanne (Ernest Hechert), Pauline (Gerry Courtemanche), Roger (Wendy), Diane (Clancy Lannon); three grandchildren, Roxanne, Alex and Chantale; and two great-grandchildren, Kiera and Felix. He was predeceased by his wife Elise Myre Brien.

Philippe enjoyed a long career as a diamond driller before eventually retiring from Falconridge Nickel Mines. Being an avid outdoorsman, he enjoyed fishing and camping. He was a great Montreal Canadian hockey fan and also enjoyed playing cards. Philippe will be forever loved and his memory forever cherished.

In honouring his wishes there will be no funeral service. If friends desire, memorial tributes may be made to the Canadian Cancer Society or to the Santuari Hospice in Calgary, Alberta. Messages of condolence may be forwarded to the family at www.piersons.ca