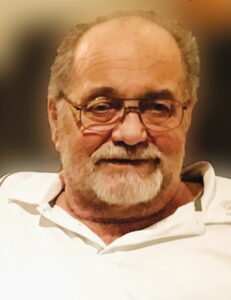 Peter passed away peacefully at home on Friday, April 2nd, 2021.

He was predeceased by his parents, Peter and Beatrice Braglin; brother Brian Braglin; father-in-law and mother-in-law, Ronald and Alyce Parisien, and his brother-in-law, Richard LaRocque.

Peter was a man with many talents, he could repair or build almost anything, be it mechanical, electrical, construction, automotive, or design. Peter was always willing to help relatives, friends, neighbors, or even strangers. He was a member of the International Union of Elevator Constructors Local 130 for over 54 years. He served 6 of those years as a business representative. He retired in 2006.

Petersâ€™ family meant everything to him and he always looked forward to family dinners and gatherings. He was so proud of his sonâ€™s and their wives and he loved doting on his grand-children and now his great-grandchildren as well. We will miss him very much and will forever remember a wonderful man.