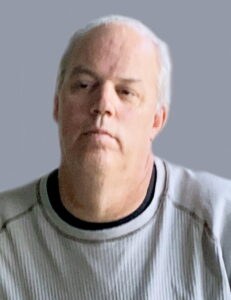 Peter John Kruisenga passed away on December 16, 2020 at the age of 53. He is survived by his loving wife Kim (50) and his two beautiful daughters Erin (23) & Kylee (16). Peter is also survived by his father, Marten Kruisenga; sisters, Alice (Wilf) Alcock, Margaret, and Debbie; his mother-in-law, Verna; brother-in-law, Stephen (John) Graham-King; sister-in-law, Shelley (Trevor) Lakatos and nephew, Joshua (Krista) Rogers and their children Noah and Aubrynn, Jonathan, Christopher and Connor, Cole and Evan and niece Kayla. He was predeceased by his mother, Aafke (Ann) and his father-in-law, Albert (Bert) Graham.

Peter was born on September 20, 1967, in Calgary, Alberta. On June 24, 2000, he married Kim and they were blessed with two daughters. Peter put his family first above everything, and spending time going camping, attending both of his daughters 4-H events (such as horse shows etc..), going on trips or just being home every night is where Peter wanted to be. He was always gentle with kids and for some reason they always loved being around him. His favorite wardrobe always included jeans but he could also be seen getting dressed up for special occasions (but only once in a while). As a young man Peter started working early having a paper route then when he was 16 worked at Safeway through high school. He enjoyed working with his hands and was always building things. Although he loved biking and skiing, he found most enjoyment detailing his vehicles and 4X4 with Randy. Peter must have had a super discount with Armorall as he was always washing his cars and whenever you sat on the seats you almost slid right off almost injuring most passengers! Peter started in the concrete business at an early age with his dad and was a strong influence in the concrete/construction world. Everyone seemed to know of him or knew of his work. He took pride in every job he did and wasnâ€™t satisfied unless it was 100% (it had to be perfect!). Peter taught many young men starting out in the concrete business, including his nephews. He worked with A-1 Cement with his dad for many years and then branched out on his own. Peter did many jobs but his specialty was driveways and steps. Peter has worked with Kevin & Chris, owners of Stonewater Homes, for many years and this was his final position, in which he loved every aspect of it. Here he was able to work with and teach his daughters the art of concrete business.

When tomorrow starts without me, and Iâ€™m not here to see, if the sun should rise and find your eyes, filled with tears for me. I wish so much you wouldnâ€™t cry, the way you did today, while thinking of the many things, we didnâ€™t get to say. I know how much you love as much as I love you, and each time you think of me, I know youâ€™ll miss me too. When tomorrow starts without me, donâ€™t think were far apart, for every time you think of me, Iâ€™m right there in your heart. – Unknown

A Memorial Service for the family will be held for Peter at 11:00 a.m. on Wednesday, December 23, 2020 from Pierson’s Forest Lawn Chapel, 4121 – 17 Avenue SE, Calgary, Alberta. This service will be broadcast through ZOOM. You will find the link on this page on the day of the service. Burial of Peter’s urn will take place at Eden Brook Memorial Gardens. According to the pandemic protocol, ten people will be allowed in the building at one time. Masks must be worn at all times and practice social distancing.

Please note that due to extreme weather conditions the service has been postponed from Tuesday to Wednesday.