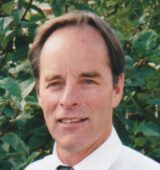 Paul Dexter Leavitt of Calgary, Alberta passed away peacefully in his home at the age of 75 on June 11, 2022 following a battle with cancer. He was surrounded by his family who he loved dearly.

Paul was born on June 10, 1947 in Cardston, Alberta, the son of Lamont Leavitt and Phyllis (Wiggill) Leavitt. His family moved to Spokane, Washington when he was 2 years old. A few years later at the age of 16, Paul’s family moved back to Cardson. His dad acquired land a few miles west of Cardston where he built their family home and Paul learned the value of hard work doing many chores on the farm. He met his future wife, Linda Williams, who also lived on a farm a short distance away. They began dating and rode the school bus together holding hands to and from Cardston where they both attended and graduated from high school.

Paul and Linda were married on June 14, 1968. They moved to Provo, Utah where Paul attended the Brigham Young University and graduated in 1972 with a Bachelor Degree in Science. Following his graduation, they moved back to Canada and established a home in Calgary where they raised their family. He became a Junior High School Industrial Arts teacher and spent his career working at Simon Fraser Junior High (1972-1997) and Tom Baines Junior High (1997-2010). He loved working with kids and his gentle and kind personality earned him respect and admiration from teachers and students alike.

After retiring, Paul and Linda spent many winters as snowbirds in Mesa, Arizona. Paul enjoyed his time there in the warmth and sunshine meeting new friends and learning the game of pickle ball which became a passion for him. He also enjoyed times spent with friends playing cards, sharing Sunday meals, and going to movies.

Paul was a man of few words and many talents. He was always willing to share his talents with others and help anyone whenever he was needed. He was very skilled in wood working, leather work, and lathe work. Many friends and family will cherish creations that he designed. While spending his winters in Arizona, he discovered a new hobby making airplanes from pop cans. This became quite a lucrative hobby for him as everyone who saw them asked if he could make them one. Sometimes he found it difficult keeping up with the requests. Paul also loved keeping physically fit. He had passion for sports including badminton, basketball, floor hockey and pickle ball.

He had a deep love for his family and his best times were spent with them. He loved the great outdoors and enjoyed camping with his family and friends. He also loved gardening and took great pride in keeping his yard neat and trim.

Funeral Services will be held at The Church of Jesus Christ of Latter-day Saints – Tipton Road Chapel (5927 Tipton Rd NW, Calgary) on Saturday June 25, 2022 at 1:00pm.