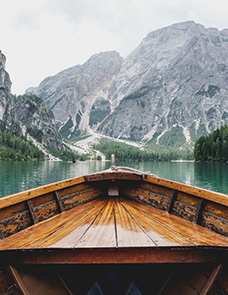 It is with great sadness and love that we announce the peaceful passing of Patrick (Paddy) George Windle, of Calgary son to Patrick Leo and Mildred, husband to Chris (Christine nee Hawrylenko), brother to Jack (Gena), grandfather to Justin Patrick who left us far too early in 1987 (all who predeceased him), He was born in Turner Valley. He was the father to three Irish-Ukrainian hoods Mike (Sue), Tim (Chris) and Dan (Sheree) along with six grandsons, Sean (Karleah), Kyle, Devin, Tyson, Patrick, Jonathan (Jordyn) and three great grandchildren, Nikolai, Nikita, Romee. Finally, two beautiful girls after so many decades of boys. He was a son, dad, grandfather, great grandfather, brother in law, uncle and great uncle to so many. To mention all the family from his wife Christineâ€™s side would require a very big book as she came from a large family. A friend to everyone and above all a family man. He was a kind gentle man. A man of deep faith. Dad is now with his â€œLittle Pail of Honeyâ€ Christine.

Paddy had many things he truly enjoyed. In the past few years, it was weekly dinners on Wednesdays that started with his son Dan and grew into evenings with other family members who could join.

He was an avid hockey player and fan with the Flames being his passion. A seasons ticket holder for the first 15 years, watching them in Montreal during their Stanley Cup runs was on his bucket list. He also was honoured to travel with the flying fatherâ€™s hockey team during one of their trips to Alberta.

To watch or talk about his grandsonâ€™s participation in sport or their chosen career paths carried with him to his final days. His sons, cousins and their friends always enjoyed the rinks he built and maintained in the back yard or in the Close in Red Deer throughout their childhood was truly special.

Mom and Dad travelled the world by car, motor-home, ship and air. He particularly wanted to explore as much of his heritage as possible. A trip to Ireland along with his cousin Mike had to be done so they could trace their Irish roots. Another trip with son Tim traced the Windle ancestorâ€™s arrival from Ireland to the Ottawa Valley in the late 1840â€™s. They spent many hours exploring and discussing the Windle familyâ€™s Canadian beginnings.

Paddy and Chris managed to spend many winters in Yuma along with their Esso buddies after the two of them retired from Imperial Oil in 1987. His goal was to work for Esso longer than his father, which he accomplished. Paddy also had a longer retirement from Esso than his dad. He was also proud of the fact that his retirement was longer than the 33 plus years he worked for Esso. His ability to talk about oilfield activities with his sons and grandsons was endless.

The Windle Family would like to extend their heartfelt thanks to all the staff at the Prince of Peace Manor who cared for Dad for thirteen years. The same thanks to all the medical staff at the Rockyview, Foothills and Peter Lougheed hospitals over the last few years. They gave him a lot of what can be called overtime to spend with those he loved and enabled him to see a lot of his great grandchildren.

With the current COVID situation, we will be holding a celebration of life at a later point in time yet to be determined. In lieu of flowers, please consider donating to plant a tree through www.alivingtribute.ca in Paddyâ€™s name.