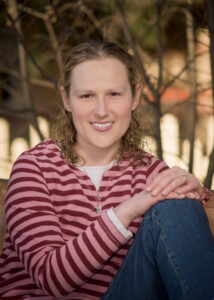 After a long battle with cancer, Pamella Branton died in the company of family June 25, 2016 at the Southwood Care Facility, Calgary Alberta at the age of 33.

Pamella was born February 9, 1983 in Medicine Hat, Alberta. Her family moved to Calgary, Alberta where she was raised and met her husband Chris Branton. On September 11, 2004 Pamella and Chris were married in the Cardston Alberta Temple.

Pamella will be remembered for the many contributions she made to the lives of others, even as she valiantly fought cancer over the past seven years. During her life, some of the activities she enjoyed and excelled at included singing, baking, cake decorating, scrapbooking, card making, and line dancing.

Pamella found great joy in raising her two daughters and was active in their lives, determined to make long lasting memories. She volunteered at their school as a room parent, participated on parent council, and contributed to many school activities throughout the school year.

Her family wishes to extend a special thank you for all the care and assistance she received from the Southwood Care Centre, Tom Baker Cancer Centre, the Urban Palliative Home Care Team, and friends in the community.