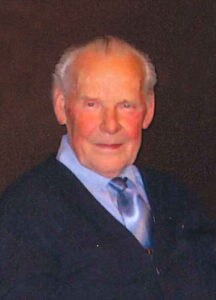 It is with sadness the friends of Olev Timma announce his passing on Tuesday, September 13, 2016 of our friend and neighbor at the age of 91. Olev was born and grew up in his native land of Estonia. With serious wounds he was helped to England during the Second World War and after recovery immigrated to Canada were he settled in the City of Calgary, Alberta. Olev is survived by his brother Enn Timma and his wife Sirje Timma, his nephew Heido Timma, his wife Liivie and a daughter Annely, his nephew Raivo Timma and his wife Kate, together with their children Eveliin, Henne, Toomas, Hedi, Indek and Ingrid and their extended families. Olev was a skillful technician working with radio and television. He created his own videos by collecting favourite melodies from different sources. Until his death he drove his new car regularly so he could spend his later years living an independent life in his beautiful home. On his behalf we thank the staff of Unit #82 at the Foothills Medical Centre, Calgary for their compassionate care. His remains will be sent to Estonia into the loving arms of his family. If friends so desire, memorial tributes may be may directly to the Heart and Stroke Foundation of Alberta www.heartandstroke.ca.