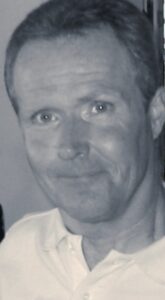 From a freckled, curly red-haired youngster, a student at Queen Elizabeth Gr. 1 – 12, to a student at MRU, to a graduate of U of C in geology, to an employee of HBOGand Dome, Norm was starting to travel and see the world. Then a car accident at 24 left him a quadriplegic. Amazingly, he had his own apartment for 21years. He had us all building contraptions and modifying everything – should have bought stock in Velcro & duct tape. Only 7 years ago, he evolved from a computer illiterate to a self-taught genius. He ran his T.V., radio, fan and lights using voice recognition. He could converse with anyone. Everyone learned something from him. A tumor finally defeated him and we lost a brother, uncle and friend. Norman was pre-deceased by his mother Lillian and father Weir. He is survived by his sister Loretta (John) Ireland, niece Jill; and brother David (Glenda), nieces Katie, Keltie (Jesse) Beattie, and Connie. At Norm’s request, no funeral services will be held. Messages of condolence may be forwarded to the family at www.piersons.ca.