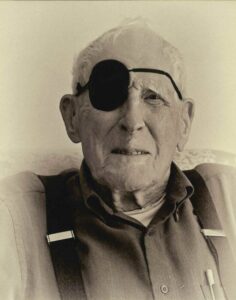 It is with heavy hearts that the family of Norman Milne announces his passing on May 1, 2018, at the age of 91 years in Manning, Alberta. Norman is survived by his children Bruce Milne (Terri), Betty Anne Olsen (Jeff), Angela Ward, and Diane Ward; his grandchildren Angie Penner (Andrew), Jason Ward, Norman Milne, Clayton Milne, Brandi Paulson, Daryl Sparks, and Daren Sparks; his nine great grand children and his 10 great great grandchildren; his sister Ethel Allard, his nephew Denis McDowell; and his niece Barbara Allard. Norman is predeceased by his first wife Blanche Milne, his second wife Isabelle Milne, his daughter Judy White (Jim) and son Don Ward. Norman was born in Opal, Alberta and was a long term resident of Rainbow Lake and Calgary. He had a fulfilling career in the oil patch for 55 plus years. Norman could fix anything and if that didn’t work he would build you another. Everything he touched would turn to gold. Norman was a kind hearted soul loved by everyone; family, friends, neighbors, co-workers and animals. A Funeral Service will be held for Norman at Pierson’s Forest Lawn Chapel (4121 – 17 Avenue SE, Calgary) on Monday, May 7, 2018 at 1:30 pm. Messages of condolence may be forwarded to the family at www.piersons.ca.