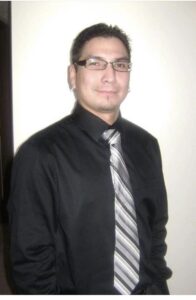 It is with heavy hearts that the family of Nathen Robert Jason Ward announce his tragic passing on November 12, 2022 at the age of 41.
Nathen was a loving devoted son of Valarie Ward and Raymond Cadotte. He was born in Winnipeg, Manitoba, Nathen was a proud Manitobian man. When he was a teenager he moved to Calgary, Alberta and forever after that was a Calgarian.
Nathen was survived by his Mother, Valarie Ward aged 59, his Father Raymond Cadotte aged 67. His Sons and Daughter, Brayden Charles Schertzberg aged 20, Nyla Pearl Ward aged 15, Ryder Oliver aged 13, and Trustin King Ward aged 22 months. His Brothers and Sister, Ray Cadotte, Joe Cadotte, Peter Cadotte, Neil Ward, Lloyd Ward, Floyd Ward, Eden Ward, and his Sister Vanessa Ward. Nathan is also survived by many more family and friends across Manitoba, Alberta, and Canada.

Nathen was a man with a heart of gold, he was a fiercely loyal family man. He would do anything and everything he was capable of doing so for his beautiful children. He loved to laugh, make others laugh, and dance to bring joy to his peers. Everyone who had the pleasure of meeting Nathen in his 41 years of life knew how much of a gentleman, principled, kind, generous, above all, he was to those he loved and held close to him. He formed many close and enduring friendships throughout his life.

He worked for many years as a talented, skilled Carpenter and Heavy Equipment Duty Operator. He was very proud to provide skilled carpentry work through the years for his family and friends.