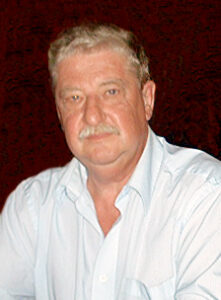 It is with profound sadness that we announce the sudden passing of Monty Shephard on Friday, November 23, 2018 at the age of 67 years. He will be lovingly remembered by his beloved wife Gail; daughter Katherine (James); son Robert; grandchildren Jordyn and Caylum; mother Alma; sister Deb; as well as many nieces and nephews; and many more family and friends. He was predeceased by his father Fred, brother David and niece Jodi. Monty was born in Drumheller, AB, lived for a short time in Lethbridge, AB, but grew up mostly in Calgary, which has been his home ever since. He began working as a banker and then worked for ATCO Structures for many years, and then started his first company, ABC Steel, followed by DMS Holdings, an urn making company. In fact, he will be placed in one of his own urns. Monty loved have people around and could entertain for hours with his endless jokes and stories AKA Disney Land vacation. MacGyver has nothing on Monty as he could fix ANYTHING. He loved to tinker. A husband, dad, papa, brother and son he will be dearly missed. Sadly, Monty has ran outta gas for the last time. A Celebration of Monty’s life will be held at Triwood Community Hall (2244 Chicoutimi Drive NW, Calgary) on Monday, December 3, 2018 from 12:30 – 3:30 pm, with tributes at 2:00 pm.