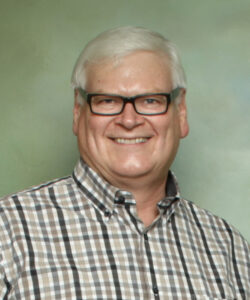 Michael Wiebe passed away on Monday April 11, 2016 at the age of 58 years. He will be lovingly remembered by his wife of 32 years Carolyn; sons Robert (Shara) Oberhofer, Nicholas (Kelly) Wiebe and Richard Wiebe; father Abram (Bernice) Wiebe; siblings Sheldon Wiebe, Lori Lang, Bonnie Lynn (Jack) Orr, Douglas (Sherry) Wiebe, Mary Wiebe and Patricia Wiebe; and many more family and friends. He was predeceased by his mother Muriel Sedger. Michael was born and raised in Calgary, AB. He played basketball all through his schooling years, including Mount Royal College. He enjoyed singing, performing, movies and reading, but his favourite pastime was his family. He coached all of his sons’ sports teams that he could, and was an avid fan in the stands for the ones he couldn’t. Michael’s family would like to express their gratitude to Unit 46 of Foothills Hospital (Special Services) for their kind and compassionate care. A Funeral Service will be held for Michael at The Church of Jesus Christ of Latter-day Saints – North Stake Center (5927 Tipton Road NW, Calgary) on Monday, April 18, 2016 at 11:00 am. Interment will follow at Queen’s Park Cemetery. If friends so desire, donations may be made in memory of Michael to either Kidney Cancer Canada (www.kidneycancercanada.ca) or Foothills Medical Center (www.calgaryhealthtrust.ca).