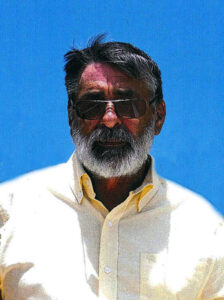 Mike Irving passed away March 27, 2017 at the South Health Campus at the age of 60. He will be dearly missed by his wife Valerie; their son Kyle, both of Calgary; his mother Lois Irving of Riverview, NB; two brothers Steve Irving of Lawrence Town, NS and Gord Irving of Port Alberni, BC; Val’s family; and many other relatives and friends. Mike was predeceased by his father William “Bill” Irving.

Mike was born on an Air Force base in Germany to a family from New Brunswick. He moved out west as a young man where he met and married Val, settling in Calgary where they raised their family. Mike’s career was working with small engines, in particular with Kohler, where he gained and shared exhaustive knowledge of their workings. He had a love of gardening and never passed over an opportunity to spend time with his family or friends.