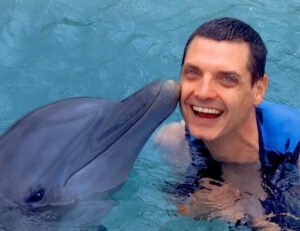 Michael was an extraordinary individual who had the amazing gift of making the people he encountered feel special, even people he just met. He would go above and beyond to help a friend and never asked for anything in return, just friendship. For this reason Mike has many friends who have already expressed how much they will miss him, but none more than his family.

In lieu of flowers, the family requests that donations be made to the Ferret Rescue and Education Society (FRES) www.ferrets.ca