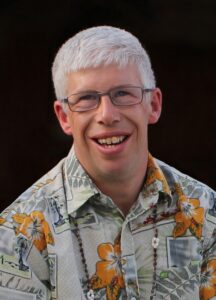 It is with broken hearts we announce the sudden death of our beloved son, brother, grandson, uncle and friend. Michael was loved by everyone who knew him. He brought a lot of joy to peoples lives with his outgoing personality, his sense of humor and his contagious laugh. This came easy to him as he had a love of people and wasnt afraid to make new friends. After high school, Michael attended the Employment & Community Access programs at Columbia College. Michael had numerous jobs including Safeway where he just received his 15 year anniversary pin. Michaels lifelong dream was to have a job working at Disneyland, his favorite place here on earth.