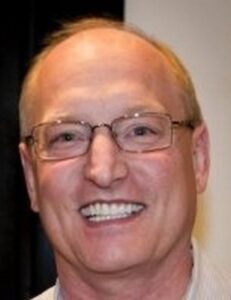 Greg Saroka left us on March 4, 2020 at the age of 61 years. He will be missed by his sons Michael and Adam Saroka, his daughter Laura Little and four grandchildren Parker, Charlotte, Casey and Jada, his partner Cathie Saroka and his siblings Marie Dyer and Mark Saroka. Greg was predeceased by his parents Matthew and Lola, as well as his brother Grant.

Born in Golden BC, Greg lived there with his family until he went to Shawnigan Lake School on Vancouver Island at the age of 14. During these formative years, he became heavily involved in sports, academics, and shenanigans at boarding school. His friends in school often commented that â€œYou never knew what you would get into with Saroka, but you always knew it would be fun!â€

A man with an extraordinary mind. A brilliant entrepreneur who eradicated the word â€˜noâ€™ from his vocabulary is how he will be remembered. He approached both business and life with a gifted resoluteness and an inspiring curiosity. If there was a problem, he was determined to find a solution. Together with his former wife Cathie, their then young children, his brother Mark and with help from his father, they created a glass business. Gregâ€™s ability to take on any challenge with a confidence that knew no boundaries allowed him to shine. Together with his family he built a team and grew a business that became well respected in the industry. He loved what he did. Throughout his career, Greg was admired by many for his passion, drive and integrity.

Greg enjoyed travelling, learning and had a set of values that put people at the centre of all he did. He was always ready to teach those around him what he had learned. In the early years, â€œThe Shopâ€ doubled as a playground with a basketball net drilled to the wall for impromptu playtime in between filling orders. Fun was in his DNA.

Greg fought hard against his illness and is now at peace. Greg leaves behind a legacy that is stronger today because of what he represented; heart, mind and soul. In honour of his desire to help others in need, the family requests that in lieu of flowers, donations be given in Gregâ€™s honour to the Mustard Seed Ministry in Calgary.

Funeral Services for Greg have been postponed due to the coronavirus gathering restrictions.