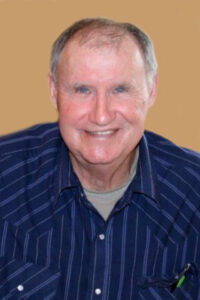 Mel is predeceased by his parents; brother, Alvin; and brother-in-law Don Davidson.

Mel was born and raised in Delburne, Alberta. After graduation, he attended the University of Alberta where he studied Electrical Engineering. During his university years, he worked as a Surveyor. His survey work led Mel into the seismic exploration industry with Century Geophysical where he learned every aspect of the business. When Century Geophysical (a US company) retreated from Canada, Mel started his own business Century Exploration 1988 Ltd. Mel moved to Langdon in 1995 where he was able to enjoy his hobbies more freely. Mel was a somewhat reserved and private man, but those who knew him could speak to his honesty, integrity and willingness to help. He loved many things in life including farming, fishing, horses, boating, camping and waterskiing, but nothing in life did Mel love more than his family.

A Memorial Service will be held at Strathmore Alliance Church, 325 First Avenue, Strathmore on Friday, June 20, 2014 at 2:00 p.m. Arrangements in care of Pierson’s Funeral Service Ltd.