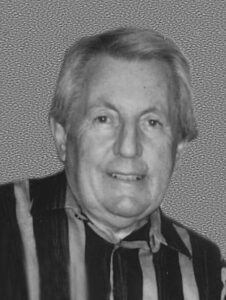 Maurice will be sorely missed by his children: Andrew (Crystal), Gareth (Kathie), T.J. (Jodie), Mardi and Amber; and while she is a granddaughter, Taya was more like a daughter than a grandchild; 6 other grandchildren; brother: Alan (Ann); uncle: Dick. He was predeceased by his loving wife, Lorraine; parents: Ronald and Bessie. He also left behind his pets: Nancy and Ernie who will miss his presence in their lives. Maurice began his career as a cameraman with CFCN and continued on with the CBC until he retired in 200l and his interests included aviation and travel.

Cremation has taken place. A Celebration of Life will be held from Pierson’s Forest Lawn Chapel (4121 – 17 Avenue SE, Calgary) on Friday, January 31, 2014 at11:00 am, with Reverend Wayne Lewry officiating. For those who wish, tributes in Maurice’s memory may be made to the Alberta Cancer Foundation, Calgary Regional Office Suite 300 1620 – 29 Street NW, Calgary, AB T2N 4L7