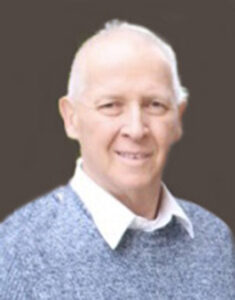 Marlin William Snider, 70, passed away peacefully surrounded by loved ones on March 12, 2018. Marlin was born on November 21, 1947 in Raymond, Alberta to the late William Owen Snider and Vera Snider Radtke. Marlin was an active member of The Church of Jesus Christ of Latter-Day Saints. He will surely be remembered as one who served selflessly with love and kindness by those he served. Marlin was most proud of his children and grandchildren. He spent all the time he could visiting them and playing with them. In his career, Marlin was well respected by those he worked with as a correctional officer in Alberta Corrections. He received many awards, most notably, Marlin was awarded the Order of Alberta for his outstanding service by creating an inmate run eyeglass refurbishing program that sent countless prescription glasses to third world countries. This program continues to bless people all over the world today. Marlin is celebrated by those who survive him, including his wife Phyllis Marie Snider, his children Jill (Scott) Smith of Orem, UT; Greg (Jamie) Snider of Gilbert, AZ; Eldon (Jodi) Snider of Gilbert, AZ; Suzy (Nate) Hicks of Meridian, ID; Kirk (Lauren) Snider of Salt Lake City, UT along with his 17 grandchildren. He is also survived by 7 of his siblings; Lorraine Wishart, Cheryl Negaard, Kathy Holberton, Elizabeth Snider-Plumpton, Larry Snider, Rodney Snider and Duane Snider. He was predeceased by his sister Gwenyth Bender. A Memorial Service will be held for Marlin at The Church of Jesus Christ of Latter-day Saints – Willow Park Chapel (940 Acadia Drive SE, Calgary) on Friday, March 23, 2018 at 11:00 am. In lieu of flowers, donations may be made to either the Heart and Stroke Foundation (www.heartandstroke.ca) or the Kidney Foundation (www.Kidney.ca).