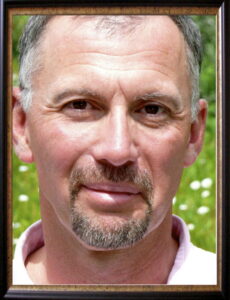 Mark Hollies passed away peacefully with his soul mate Marcy Fogal and his best friend Randy Pattison by his side at Southwood Hospice in Calgary early February 19, 2012. Despite his battle with cancer ending far too quickly, Mark never lost his wit or his compassion for those he loved. He was fortunate to have spent his last days visiting with friends and colleagues. Mark was a graduate of the University of Calgary, a Chartered Accountant and enjoyed a long career with Talisman Energy. He leaves behind his soul mate Marcy; parents Hubert Louis and Anne Florence Hollies; and will be missed by his close friends Jim Brown, Dale Young and Randy Pattison. At Mark’s request, a celebration will be held at the HUB at Mount Royal University on Sunday March 11th at 2:00pm. Messages of condolence may be forwarded through www.piersons.ca. Mark wanted to thank the doctors and staff of the Tom Baker Cancer Centre and of the Southwood Hospice. In lieu of flowers, donations may be made to a charity of your choice in Mark’s name. Remember Mark would have insisted you get a tax receipt.