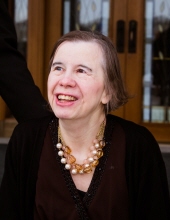 Marilyn Rae shearer passed away peacefully on November 26, 2019 at age 69 in her room at Southwood Care Center, in Calgary, Alberta. Marilyn was born June 20, 1950 in Lethbridge, Alberta, Canada. She lived with her adoptive parents in Picture Butte until she was 18. She enjoyed baby sitting from the age of 10. At age 13, Marilyn desired to be baptized like Jesus Christ, and searched out different religions. She prayed and received an answer to get baptized a member of the Church of Jesus
Christ of Latter-Day Saints.
During her adult lifetime, Marilyn lived in several places within Alberta and British Columbia, including Lethbridge, Vancouver, Terrace, Maple Ridge, Stirling, and Calgary.
Marilyn met Larry Sippel from Hamilton, Ontario while living in Vancouver and got married in 1972 at the Cardston Temple. With Larry, Marilyn adopted Lauralei, Benjamin, Joseph, April, and Samuel. As well, they foster parented over 20 children. Marilyn asked to foster the children that “no one else wanted”. Marilyn and Larry later got divorced in 1986.
Marilyn met Kenneth Chriss Milner from Raymond, Alberta while living in Stirling and got married in 1987 at the Cardston Temple. With Chriss, Marilyn had a son Johnathan, and later divorced in 1992.
Marilyn enjoyed time with her children. Marilyn enjoyed nature and animals. She loved going to the Zoo and taking photos. She enjoyed helping children in the church Nursery. Marilyn enjoyed music and dancing. Marilyn found great joy helping others and serving in her church.
Marilyn is survived by six children and six grand-children: Lauralei (Rob) Thomas, child Owen Whitzman; Benjamin Sippel; Joseph (Erin) Sippel, children Riley and Peyton Sippel; Samuel Shearer; April Sippel, children Ashton and Connor Gaeler; and Johnathan (Princess) Milner, child Lincoln Milner. She is survived by five siblings: Darrell (Michelle) Shearer, Don (Lana) Shearer, Moira (Bryan) Warnock, Derrick (Rhonda) Shearer, and Darcy (Pam) Shearer. Marilyn is survived by step dad Ken Dunn, and previous husbands Larry Sippel and Kenneth Chriss Milner. Marilyn was predeceased by parents Lyle Shearer and Peggy Dunn (nee Craven).
A Funeral Service will be held for Marilyn at The Church of Jesus Christ of Latter-day Saints – Heritage Chapel (935 Heritage Drive SW, Calgary) on Monday, December 2, 2019 at 10:00 am, with internment immediately following at Okotoks Cemetery.