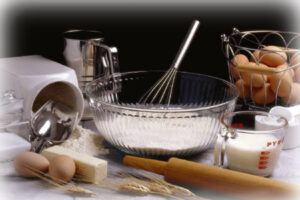 Margarete Nitschke (Nee Repky) passed away peacefully in Calgary, Alberta on October 15, 2018, at the age of 86. She was born at Schwabisch Hall, Germany and was the first child for Carl Herman Repky and Lina Rosine Repky (Nee Schulz). She left by boat for Venezuela with her fianc Rudolf Nitschke in 1953. They bulldozed parts of the jungle to make way for their farm. She lived there until 1961, when she returned to Germany. Her restless, adventurous heart was ready to go again; she left Germany in 1963 with her husband to start a new life in Canada. She has always been a master baker and cook, angelic singer and she loved to tend her flowers (and knew the names of each one which she took prestigious care of). She spent ten years working at the Hudsons Bay downtown in the grocery and deli department. Margarete was involved with the St Mathews Lutheran Church where she sang in the choir and was always willing to sing a solo. She helped out with the Ladies group at the church preparing Christmas hampers, and baking her beautiful cakes (especially her black forest Cake) for the Church bizarre. Margarete was always willing to talk to people and help out whenever she was needed. She is survived and will be missed by her two sons and their wives, Rainer (Barbara), Klaus (Shelly), her 5 grandchildren, Gerald, Julia (Stephen Morrow), Austin, Lydia, Justin, and her great granddaughter Eve Morrow. She is also survived by her sister Erika Ritter (Kurt), her niece Monica Ritter of Germany, and many other numerous friends and family residing in Canada and Germany. Margarete was predeceased by her husband Rudolf Nitschke, grandson Matthew Nitschke and her great grandson Stephen Morrow.