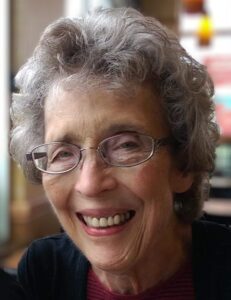 Peggy Franko passed away on Tuesday, December 31, 2019 at the age of 73 years. She will be lovingly remembered by her daughters Elissa (Tony) Jung of Calgary, AB and Bevin Franko (Winson) of Edmonton, AB; her grandchildren Peyton, Connor, and Harmony; and many more family and friends. She was predeceased by her husband Joe Franko.

Peggy was born and raised in Tisdale, SK. and later attended the University of Saskatchewan. After receiving her degree in education, she moved to Calgary, AB. She met Joe Franko while teaching at the same school. They were married and blessed with two daughters.

â€œGrandmaâ€, as she was referred to by her loving family, had numerous passions in her life, amongst which, she cherished family the most. As a loving mother and grandmother, she would often tell her children, grandchildren, and indeed anyone interested, the tales she had learned from her pursuit of genealogy and her research into the Franko and Booth ancestral lines. Peggy was not only a collector of family history, but was also an avid collector of antiques and enjoyed a lifetime of afternoons with her daughters and grandchildren hunting for treasures of days past. A pastime that is still appreciated by her children to this day.

As a teacher and a caregiver, Peggy instilled the values of lifelong learning and unconditional compassion for those you love. She will be missed dearly by the many lives that she touched and influenced. Peggy may rest in peace knowing that she has left her friends and loved ones in a better place for having been a part of their lives.

Peggy’s family will be holding a private family service at a later date when she will be finally laid to rest beside her husband.