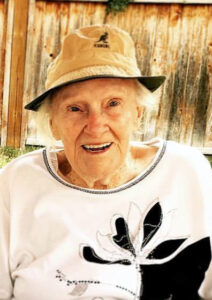 Jean was born on a farm in Burstall, Saskatchewan in 1927 and moved to Calgary with her family. After moving to Ogden, as a young girl Jean worked at Burns Foods and Purity Flour. On June 28, 1954 Jean married Chuck Breen and began her life’s work as devoted wife and loving mother.

She is survived by her children, Shellie (Garth Beetstra) of Canmore, Margaret (Terry Jones) of Okotoks, Kevin (Heather) of Calgary, Clancy from Vancouver, Ritchie (Britta) of Calgary and Grant (Tracey) also of Calgary; her grandchildren, Amanda (Tony Cross) of Lethbridge, Kelsey (Craig), Caleigh (Rene), Griffen all from Calgary, Holly (Steve Spence) from Cochrane and Hannah (Lucas Machan-Marton) of Calgary; 4 great grandchildren; her sisters, Eleanor Stephens and Heather MacPherson both from Calgary; as well as many nieces, nephews, extended family and dear friends. Jean is predeceased by her parents, Lachlan and Margaret; husband, Chuck since 2005; brothers, John, Hugh, Colin and Don; sisters, Marge, Eunice and Doreen.

Jean was a dedicated fan of all things Calgary, especially its sports teams. Her Facebook posts cheering on the Flames were the stuff of legend and she would have been so proud of her Stampeders in their Grey Cup win last Sunday. Jean’s family, friends and community were her pride and joy. As Waylon would have said, she was truly a good hearted woman.

In keeping with Jean’s wishes, no service will be held. In lieu of flowers, donations in Jean’s name can be made to The Alexandra Community Health Centre.