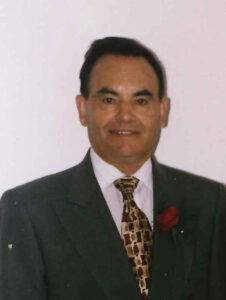 Manuel Feliciano passed away on Monday, October 20, 2014 at the age of 86 years. He will be lovingly remmebered by his wife of 50 years Natalia Feliciano; daughter Helena Fragata; grandson Joshua; many in-laws; numerous nieces, nephews and god-children; and many more family and friends. He was predeceased by his parents Jose & Helena Feliciano and brother Jose & Maria Rosa Demelo. Manuel was born and raised in Sete Cidades, Acores. In 1957 he moved to Canada to start a new life. He met and married the love of his life Natalia in Portugal in 1963 and started their family and 4 years later, he had established himself in Calgary enough that his wife and daughter were able to join him. He loved his work in construction and would often be found working on small projects around his own house. Prayer Services will be held for Manuel at Our Lady of Fatima (English & Portuguese) Catholic Church (4747 – 30 Street SE , Calgary) on Friday, October 24, 2014 at 7:00 p.m. A Funeral Mass will be celebrated at the same location on Saturday, October 25, 2014 at 10:30 am, with interment to follow at Mountain View Memorial Gardens.