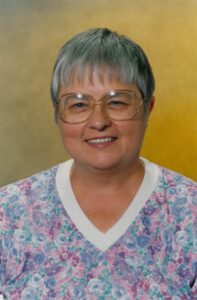 Luba Fillipoff passed away suddenly on July 14, 2016 in her home in Calgary, Alberta. Luba was born to Paul and Lookeria Fillipoff (nee Mojelski) in Nelson, BC. She lived her childhood in Shoreacres, BC and completed High School in Creston, BC. She is survived by her sister, Faye Cheveldave of Vancouver, BC, her brother Hildon Blackwell of Burnaby, BC, her brother Mike Fillipoff of Vancouver, BC, her half-sister Elaine Bliss of Calgary, AB, her Aunt Mary Mojelski of Winnipeg, MB, and numerous nieces and nephews. She was predeceased by her father in 1978 and her mother in 1986. Both parents were born in Kamsack, SK. Luba had a love of learning and an entrepreneurial spirit. She earned an Adult Educator Certificate from Mount Royal University, a Master’s Degree in Continuing Education from the University of Athabasca, a Master’s Degree in Business Administration from the University of Advanced Research, a Bachelor’s Degree in Arts (Psychology) from the University of Calgary and is a Fellow of the Institute of Canadian Bankers. Her diverse career started in finance with the Canadian Imperial Bank of Commerce, making history in 1977 as the first woman to serve as Manager of an Island bank at the Ganges branch on Salt Spring Island. Following that, she published a manual “GOAL FOR IT!” which she used in seminars to guide people in setting life-long goals. She was an Executive Director for Achiever’s Canada Ltd., was a consultant to High Level Tribal Council and 4-Member Bands, Chief Operating Officer for ALLACO Business Advisors, Inc.,. She joined Royal LePage Foothills Real Estate Services as an Agent, Educator and Trainer, and before retiring in 2010, joined the Calgary Real Estate Board as a Condominium Support Coordinator. Luba enjoyed travelling, gardening and cooking. Recently, she was involved in extensive research for a book she was authoring on the history of her Russian Doukhobor ancestors.