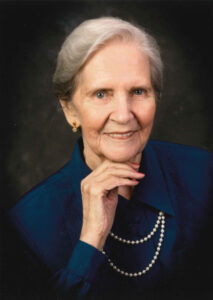 Loranza Meyers passed away on Monday, January 18, 2016 at the age of 91 years. She will be lovingly remembered by her children, Ken (Shirley) Meyers and Doreen Eisenbeis; grandchildren, Corey (Lynne) Eisenbeis, DeWayne (Kim) Eisenbeis and Troy Eisenbeis; great grandchildren, Travis, Jessica, Marlayna and Tara; great great grandchildren Braxton, Tavia and Keira; and many more family and friends. She was predeceased by her husband Jack Meyers, daughter Elaine Ingalls and grandson Darcey Eisenbeis. Loranza was a devoted parishioner of Holy Trinity Catholic Church. She was a member of the Catholic Womens League and spent much of her time in the service of either the church or the CWL. Prayer Services will be held for Loranza at Pierson’s Forest Lawn Chapel (4121 – 17 Avenue SE, Calgary) on Wednesday, January 20, 2016 at 7:00 pm. Funeral Mass will be celebrated for Loranza at Holy Trinity Catholic Church (1525-45 Street S.E., Calgary) on Thursday, January 21, 2016 at 11:00 am. Interment will follow at St. Mary’s Cemetery. If friends so desire, donations may be made in memory of Loranza to a charity of their choice.