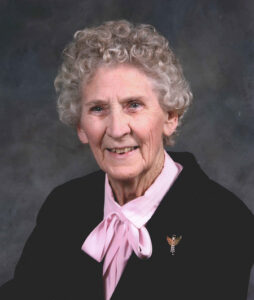 MARRINER Lillian Christina November 15, 1920 April 10, 2012 Lillian Marriner of Calgary passed away April 10, 2012 at the Peter Lougheed Centre at the age of 91. She will be dearly missed by two sons, Cecil Marriner (Maureen) of Toronto and David Marriner (Dawn Whitworth) of Calgary; four grandchildren Lindsay (Alan), Sarah, Amanda (Robert) and John; and two great grandchildren. A memorial service will be held at Pierson’s Forest Lawn Chapel, 4121 17 Avenue SE on Saturday, April 28 at 2:00 pm. Flowers are gratefully declined. Messages of condolence may be forwarded to the family at www.piersons.ca. Cremation and arrangements are in care of PIERSON’S FUNERAL SERVICE. Telephone 403-235-3602.