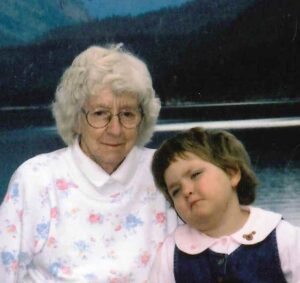 On August 30, 2016, Lila Dale passed away peacefully at the age of 95. Born in Port Sydney, ON, she was the first in her family to move to Toronto where she worked at Texaco until she married the love of her life, Bill Dale. She lovingly raised two children – Clyde and Deborah and welcomed 4 grandsons into the world – William, Lee, Matthew, and Jake. After moving to Calgary, Lila played a big role in the life of her only granddaughter, Samantha. Falling victim to Alzheimer’s, she lived out the last years of her life at Bow Crest Nursing Home. Sister, Aunt, Mother, Grandmother, and Great-Grandmother, Lila will be missed by her family, and a memorial of her life will be held at a later date. The family requests that in lieu of flowers, donations be made to the Alzheimer’s Society. A special thanks to the staff at Bow Crest for their gentle care of Lila during her illness.