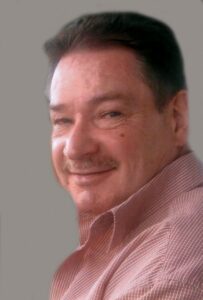 It is with profound sadness, that we announce the sudden passing of Leonard Wayne Duby of Calgary, Alberta at his home on Friday, September 6, 2019 at the age of 56 years. He leaves behind his beloved daughter Leigh Michelle Haub, and her husband Shane Petroff, of Calgary, Alberta. Leonard also leaves behind his uncle, Don Benson (Shirley) of Osoyoos, British Columbia and many friends and relatives. He was predeceased by his two sisters Peggy and Patty in 1973, his father Forrest and mother Beverley. A Memorial Service will be held at The King of Glory Lutheran Church (2640 Rundlelawn Road NE, Calgary) on Monday, September 16, 2019 at 11:00 a.m. Charitable donations may be made to the Further Education Society of Alberta, The Epilepsy Foundation or a charity of your choice.

Leonard wanted to inspire people in this world by overcoming obstacles in his life. Here is his story:

I tell my life story, not to gain sympathy, but to tell others that with determination and perseverance most obstacles can be overcome. I know this, because I have overcome severe physical and emotional problems to learn to read and write.

When I was 9 years old, I was seriously injured in a car accident, that killed my two sisters instantly, my father and I were in comas, and my mother had a nervous breakdown and abandoned me. I was a ward of the government, lived in institutions and was in a coma for 10 weeks. Physically I had to learn to walk, talk, feed and dress myself again. I struggled with a speech impairments and memory loss for many years. Emotionally I was devastated with the death of my sisters, the abandonment of my mother, and I was wondering if my father would ever come out of his coma. (When he came out of his coma, he was institutionalized in a small town across the province from me. I rarely saw him.) It seemed like everyone teased me and made fun of my learning difficulties, no slow talk and my problems learning.

Just as I was getting on my feet again, at the age of 11 years I was admitted to hospital in a coma with spinal meningitis. I spent my pre-teen and early teen years in institutions, and then with the care of a foster family I began regular school. I soon realized that again my reading and writing skills were behind my classmates. Thru testing at the children’s Hospital and other tests it was decided I could not integrate into society, and should be on a disability pension all my life, but I wanted more.

I had a wife and when I was 25 years old my daughter was born, I stayed home with her for her first few years. Then I was struck with another serious bout of spinal meningitis at 26 years of age. The love of my daughter kept me alive. As I struggled to start my life yet again, I was in a terrible accident at work in a bakery, where my left hand was totally crushed by a machine. I was on Worker’s Compensation for four years and endured six operations.

I worked at labour jobs that did not require much reading or writing. I tried to go back to school, but had to drop out. In 1981, I took a six week course at Alberta Vocation College as a Building Service Worker, and worked as a janitor for awhile. I was in a workplace accident where my left hand was crushed. I decided then that while recuperating, I would turn this accident into a positive turning point. with the help of the Worker’s Compensation Board I joined the Reading Foundation to learn the basics of reading. Learning literacy skills is almost a 24-job. Each day I woke up and wondered what predicament I might find myself in each day.

When I became the proud father of a baby girl and I wanted to read bedtime stories to her. I started with the basics at the Reading Foundation. I spent evening hours at the library or at home studying. The I started one to one tutoring in 1993 with Ida Tober my tutor. The I went to the Calgary Learning Centre for more instruction, where I learned to do Reader’s Theatre. By now I was reading well enough to enroll in the BEAD upgrading classes at the Alberta Vocational College (now Bow Valley College). I increased my reading from a grade 1 level to a grade 8 level in just a few years.

My dream of reading bedtime stories to my daughter came true, and as she went through school, I was able to help her. As a single father with joint custody of my daughter, I tried to serve as a role model to other single fathers. I used my literacy skills to take parenting courses and to volunteer with family support agencies. I made a promise to myself and to my daughter that I would learn to read. I have expanded that commitment to not only help myself and my daughter, but to give back to the community and to help others by encouraging them to improve their literacy skills. Some of the community volunteering has involved me working with the Calgary Urban Project Society Family Support agency, volunteering at my church, and as a volunteer at the Calgary John Howard Society.

I started volunteering with the Alberta Association for Adult Literacy (AAAL) in 1994. I have tried to reach out to encourage other learners. Through the AAAL, now Literacy Alberta, and the Student Network, I am honoured to touch one person, who then helps another. With the support of my tutor, the AAAL Board and Student Facilitator and the Literacy Coordinators of Alberta, I have met others who have dedicated themselves to the Literacy cause such as Senator Joyce Fairburn, Honourable David Kilgour, historian Alex Maier, and then Calgary Mayor Al Durr. I have given speeches and talked on to one to learners, professionals and politicians about literacy and learning.

My first job as a volunteer was to speak to a large group of Calgary volunteer tutors. I was terrified, but I felt it was a way to help others. I tried to speak as a learner that has overcome many obstacles to learn to read, to give other students hope. For several years I attended and spoke at “Word On The Street”, in Calgary. The first year I did that, the adult student session was the best attended session of the day at Literacy Lane.

At the local level I became the Calgary Student Regional Representative for the AAAL in 1994. At the provincial level, I worked to promote student activities at the annual Provincial Literacy Conference. I advocated on behalf of children and adults that need help with life and literacy skills. I have worked hard to learn to speak to large groups and to the media about the needs of adult learners, not only in Calgary, but in all of Alberta.

In November 1999, I was elected to the AAAL Board of Directors as Student Liaison. With the help of another tutor, Cindy (Crichton) Easton, each year I helped organize the Literacy Conference and volunteered to co-host the Learner’s room or co-facilitate Student presentations on topics such as leadership. In March 2000, I attended the AAAL Board and Staff retreat called Vision 2020. We felt like a close knit AAAL family. Also in March 2000, I became a member of the newly formed Provincial council. I learned and grew leaps and bounds after I became involved with the AAAL.

On Family Literacy Day in January 2002, I appeared on television and radio promoting literacy and telling my story. I was surprised when I went to Literacy functions after that how many people said that my story helped them get started on their own literacy journey. Some had only thought about going back to school and others had gone back but dropped out. After hearing my story they said they “had a change of heart,” since they “haven’t experienced half as much” in their life. Many told me, “You have inspired me. Now it makes me think that I have no reason not to continue with my education.”

For the past year I have been involved in one to one tutoring again. My tutor, Peter Cutting, thru the Calgary Public Library, has helped me gain more confidence in my reading for my own personal pleasure, for improvement at my job, but most importantly, to help me improve my reading significantly. I write long letters to my family, I read any kind of book, I feel comfortable in a library or at a bookstore, looking for material to tackle.

Peter has helped me gain confidence to share my literacy story and the importance of literacy by speaking to others thru the Literacy Alberta BLAST program. At work he has helped me to gain more confidence and responsibility, by helping me to recognize my workplace literacy deficits, taking me on tours of other stores, and then tutoring me in reading about the foods of the many cultures in Calgary. I started my job 9 years ago as a part-time employee, now I am there as a full-time worker, capable of taking on many tasks outside my original job description.

For over five years I served on the AAAL Board of Directors and then as the Alberta Student Representative to the Movement of Canadian Literacy (MCL), I strived to bring the needs of adult Canadian learners to the forefront by talking directly to politicians in Ottawa, Edmonton and Calgary City Council. I won the prestigious Canada Post Award for this work on World Literacy Day, September 8, 1999. Later that September, I had lunch with Mayor Al Duerr at Calgary’s World on the Street Mayor’s Breakfast to discuss Literacy. I received Certificates of Appreciation from the AAAL in 2000 for my work as a Regional Team Member and Board of Director. I am honoured to have received letters in 2003 from the Honourable David Kilgour, answering my concerns about literacy I had forwarded to the Honourable Allan Rock, Minister of Industry and the Honourable Jean Augustine, Secretary of State and Status on women, and the Honourable Jane Stewart, of the National Literacy Secretariat. In 2004 I received a Certificate of Appreciation for my service as a member of the MCL Learner’s Advisory Network.

I feel my strengths are my determination to improve and my commitment to helping others. I found having little or no literacy skills can make or break you. So many people take their most basic skills for granted-like reading your own mail, going out for dinner with a friend, filling out a job application getting around the city, driving a motor vehicle, going on a vacation, giving your child medicine, helping your child with homework – it affects every aspects of your life.

I would like to leave you with this thought. It takes courage to be an adult learner. When I finish learning one thing I find I have a lot more things to learn. Life is most definitely life long learning for me.