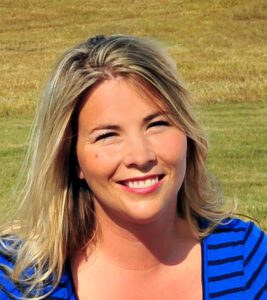 Landre, Lan, or Lanny to those who knew her best, was born in Edmonton and often used this fact to easily switch allegiance during contentious conversations about the two cities; hockey or otherwise. Notoriously chatty and sociable, Landre found customer service to be a natural fit for her first series of jobs. The fast pace and interaction as a barista was something she loved, and also one she excelled at. She was known for marrying speed and efficiency with effortless conversation, creating unexpected bonds; bonds that merited dozens of baby gifts when she was expecting, simply because she was a ray of sunshine for people each morning, just doing her job. This love and professionalism even led to her being poached from a large coffee franchise, to come manage an independently owned café.

Landre married Matt Low in December of 2001, but this was not their first experience with love for one another. Landre and Matt were inseparable sweethearts at 16, which made their re-encounter at age 22 even more natural and undeniable. Landre worked while Matt studied, and they began their family with their first beautiful baby girl, Macie, in 2005. A second beautiful daughter, Paige, followed in 2008.

As a young mother, Landre transferred her vibrant customer service energy to jobs in kids clothing and kids items. Nothing was more important to her than her children, and this was self-evident in her knowledge and passion for the work. She stood out as the one to ask, and she shared this joy with the other mothers with whom she worked and dealt. This also resulted in a constant rotation of outfits and toys her daughters fondly remember. Because this love of her job and children was so natural, the same infectious energy she brought to the coffee shops was shared among this group, where she formed many strong friendships.

For all her congeniality, Landre was an aggressive competitor at a card table, a trait she learned from her father. She also had his ability to do quick math and remember which cards had been played. She was a notorious prankster; jumping out on people, tainting food, hiding important objects, but when it came to trying to pass off a tricky lie, she had too many tells and her face always gave it away. She was bright and quick witted, with a kind and bubbly personality many found magnetic. She was always honest and forthcoming, perhaps too honest at times, but her charm and innocence at what she had said always turned those moments into laughter, and was met with the same honesty. This frankness was often endearing and was a trait unique to her. A quality those who knew her well no doubt experienced and appreciated.

Landre is survived, and will be tenderly missed by her husband of 20 years, Matt, and by her two daughters Macie (17) and Paige (13). She is also survived by her father, Daniel, brother Brady, and sisters Rocki (Tomie), Chantel (Reisinger), and Ginger (Shwetz). She was preceded in death last December by her mother Dolly, and was deeply grateful for the time she had with Dolly before her passing. We are grateful to know they are together again.

A Memorial Service for Landre will be held Saturday, June 25th at 11:00 am, at the Parkland Chapel of The Church Of Jesus Christ of Latter-day Saints, 14540 Parkland Blvd. SE, Calgary.

The Church of Jesus Christ of Latter-day Saints - Parkland Chapel