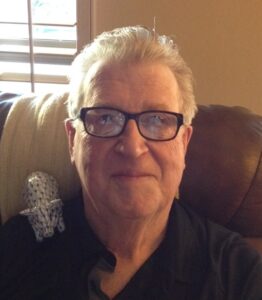 These words are in celebration of the spectacular life of Kenneth Earl Ross who passed away on November 5th, 2018. Kens life adventure began in Cut Knife, Saskatchewan.

Ken is, and always will be, his sweetie Charlenes champion and protector.

Ken lived life like no ordinary person. He had many adventures worldwide and was thankful for each opportunity that came his way.

For all who knew him, Ken was a friendly, open- minded, caring and generous individual. He perceived life as the glass being half full, rather than half empty. He was known for his wonderful story telling of his adventures as a world traveller. His positivity and generosity in life was felt by those in his presence.

In his early youth, Ken joined the Airforce as a Firefighter. Many of Kens accomplishments, opportunities and adventures were a result of a persons recognition in his abilities, strengths and commitment which led him to the Oil and Gas Sector for over 40 years. Ken had many business interests, one of which was environmental and water management.

The one thing Ken loved and cherished most in his life is his sweetie Charlene Ross. They share a family of four children; daughter Michelle Barrett, son Michael Ross, step-sons Leonard Schmaus (Daughter in Law Barbara Simpson), and Chad Schmaus and two grandchildren; Dylan Schuler and Jayme Mae Schuler- all who brought him joy. He loves each of them in their own unique way. Ken also has a brother, Jack Ross (Carol Ross), who are very close. Ken and his lifelong friend, Bob Richards will miss and remember all of their adventures and shenanigans. Ken also has many nephews and nieces whose lives he touched.

A thank you to Southwood Intercare Hospice and for those staff who saw the life story behind the man.

We are honoring Kens wishes not to have a funeral service or memorial in his name. Arrangements were made in care of Piersons Funeral Services LTD.