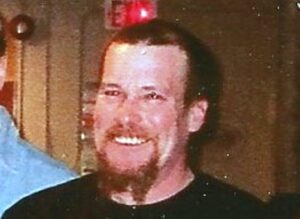 Kelvin Dean Freeman (Caveman) passed away suddenly on Friday, March 8, 2019 at the age of 61 years.

Kelvin was born on March 26, 1957 in Trail, B.C. Kelvin came from a large family of 8 siblings. The Freeman family moved to Alberta in 1966 and settled in the Ogden neighbourhood of Calgary.

Kelvin is survived by his daughters Kaitlyn and Trena and son Travis; his grandsons Jaxon and Kalen; his granddaughter Katie; his sisters Marlene (Greg), Darla (Billy), Shelly (Calvin); his brothers Melton (Diane), Keith (Tammy), Doug (Christina); as well as many nieces and nephews. He was predeceased by his mother Ellen (1989) and brother Dennis (1987).

Kelvin was independent and had a fun and easy going personality. He touched many lives and had a few very special friendships, James, Roxanne, Kevin, Heather and Reinhart (Baggie).