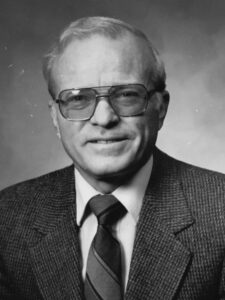 It is with heavy hearts that the family of Keith Fawcett announces his passing on Saturday, March 31, 2018 in Calgary, Alberta, at the age of 83 years. Keith is survived by his wife Inge (nee Reif); his children Richard, John, and Christina (Wayne); stepchildren Liana (Nevin) and Koralee (John); his grandchildren Zoe, Nate, Kaitlyn, Megan, Jessica, Becky, Selena, Anthony, and Matteo; his great grandchild, Liliwen; and his brothers Donald (Laura), Doug (Adah), and Alan (Janice). Keith was predeceased by his parents Florence “Allison” (Nee Crossley) Fawcett and William Cornelius “Neal” Fawcett; his daughter Debra, his granddaughter Julianne, and his brother Charles (Donna). Keith was born in Consort, Alberta and was raised on the family farm. He had a lifelong passion for the arts. He himself was a talented sculptor in metal and clay; painter in oil and water colour, and in the written word as a poet. Keith also enjoyed outdoor pursuits. If he was not fly-fishing or skiing, he could be found flying a hand-built radio controlled glider. He was also a true handyman fixing things around the house and helping to construct two different additions onto his mother’s home in Consort, Alberta. Keith also had an ear for music, being a self-proclaimed audiophile, especially when it came to a good quality set of speakers and a turntable with a high quality diamond needle to play his vinyl on. He was a man that some would refer to as being the salt of the earth, he loved his family, and would do anything for them. A funeral service will be held for Keith on May 5, 2018 at The Church of Jesus Christ of Latter-day Saints Willow Park Chapel (940 Acadia Drive SE, Calgary) at 11:00 am.