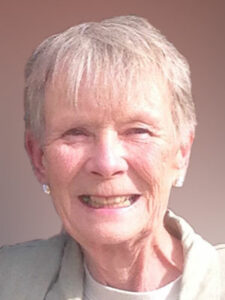 It is with sadness that we announce that Judy Hjartarson (nee Jones) passed away peacefully at home on Sunday, May 1, 2022 at the age of 73 years in Calgary, Alberta.

Judy is survived by four sons, Eric (Melisa) and Wayne (Annie), both of Calgary, Woody of Regina and Joel of Saskatoon; four grandchildren, Ryan, Kellan, Kooper and Carly all of Calgary; three brothers, Jeff (Shirley) Jones and John Jones of Wynyard and Jerry (Joan) Jones of Melville; sister-in-laws, Linda Hale of Tisdale and Freida Levesque of Regina; brother-in-law, Jack Robson (Mardelle) of Lanigan along with numerous nieces, nephews, extended family and friends.

Judy was predeceased by her loving husband of 36 years, Karl Hjartarson; her parents Clarence and Helen Jones; sisters, Jill Robson and Jackie Jones and brother-in-laws, Terry Hale and Albert Levesque.

Judy was born in the small town of Wynyard, Saskatchewan in 1948 to Clarence and Helen Jones. In 1969, her and Karl were married and moved to Regina where they started a family and raised their four boys. In 1999, they retired back to Wynyard and had many special memories here. After Karl’s passing, Judy moved to Calgary in 2007 to be closer to her family and in particular her grandchildren. She loved being a part of her grandchildren’s lives, involved in their activities and school events. She adored them more than anything and lived for time with family, unless curling was on the TV! During her years in Calgary, she became “Gramma Judy” to many. Judy enjoyed, doing her daily puzzle, playing Sudoku and baking. When family and friends were gathered, you could always find her at the kitchen table enjoying a game of cards, having “one more little one” and everyone knew that Mama Jude’s door was always open. Judy will be missed by everyone who was lucky enough to know her.

A Memorial Service will be held for Judy in Wynyard in the Summer of 2022.