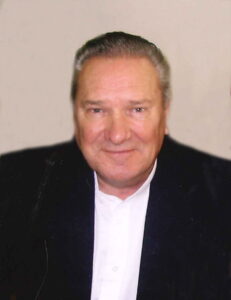 He will be lovingly remembered by his children Sandra Dalpe, Danny Markin, Jody Kanigan, Kim and her husband Dan Kemp all of Calgary; eight grandchildren; four great grandchildren; sister Liz McKay of Grand Forks, British Columbia; and numerous other relatives and friends.

Joe was born in Verigin, Saskatchewan. He grew up working hard on the family farm. This young Russian Doukhobor man had a love for music. Joe created a four man band and played at community events. When he moved to the big city of Calgary, Joe married his wife Marge, and together they continued to raise Marge’s two children, Sandra and Danny, from her first marriage. With practice under his belt in raising a family, Joe had two other children, Jody and Kim, with Marge. Joe had an unforgettable sense of humour. His sayings would leave you speechless, along with an abundance of laughter. This is what made him so incredibly loved.
“Until we see you again”, Love your entire family.
A private family service will be held for Joe.
If relatives and friends so desire, memorials may be made to the Doukhobor Cultural Society of Saskatchewan, 525 Avenue 1 South, Saskatoon, Saskatchewan, S7M 1Y6.