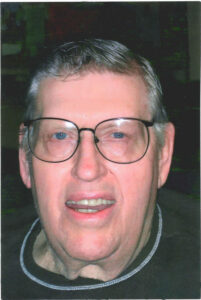 Mr. Joseph A. Lawless (Joe) passed away peacefully on Sunday, January 8, 2012 at the age of 76 years. He is survived by his loving wife Nedra; four children, Cheryl, Debra, Heather (Bill) and Joe Jr; six grandchildren, Dustin (Melynda), Kaitlind (Neal), Meagan, Kristopher, Kimberly and Lainee; and by the “little guys” Brayden and Grayson, his great grandsons. Joe also leaves to morn his sisters Dena (Wilf) Levere and Laura Lawless, along with many nieces, nephews and in-laws. Joseph is predeceased by his parents, Joseph and Doris Lawless and by his brothers Patrick and Ashley. Joe was born in Calgary and raised in Windsor Park. He was a trucker by trade. Joe loved to drive the big rigs He started in “long haul”, moving freight across Canada and the United States. Joe married Nedra in 1955 and started a family. He went to work for Borger Bros. Construction, moving excavators and backhoes around Calgary. Joe hauled military tanks for the British Army at CFB Suffield and delivered the huge overhead crane used to assemble the ’88 olympic rings. Towards the end of his career, he drove for Ed and Ann Cutts company, Red Carpet Transport (Edm). Joe hauled pipe to the patch, covering Alberta in all directions. Arthritis finally forced him into retirement at the age of 67 years. Joe was an avid sports fan, he faithfully followed Stampeder football, Flames hockey and NASCAR. He enjoyed working with wood and tinkering with “whitey”. In March of 2007, he suffered a major stroke, the effects of which forced him into long term care. He did his best to adjust, but longed for the days gone by. It was Joe’s wish that there be no Funeral or Memorial Service. The Lawless family wishes that those who knew him, might take a moment to remember him and a life well spent. Special thanks from the family to the staff of Clifton Manor. We are greatful for your compassion and care.

Final Dispatch, Papa Take that open highway to heaven Blow your horn long and loud Drive carefully.we’ll see you soon, at the yard.