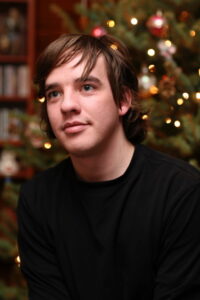 It is with heavy hearts that we announce the sudden passing of our dear son Jonathan, on Sunday, May 28th, at age 32. Jonathan was loved by many and is survived by his parents, Donald and Lori Snell, siblings, Anthea (Josh) Neill, Amy (Bob) Davis, Justin (Cheryl) Snell, and Jenee (Mike) James, and by his nieces and nephews, Benjamin and Kaitlyn Neill, Charlie and Liam Davis, Ruby, Myers, Eldon, and Reddin Snell. He is also survived by his three “adopted sisters”, Ayla and Tawny Hennessey and Justice Viner. He is also mourned by his many dear friends. Jon’s greatest attributes were his kindness and love for everyone. He was trusting, and caring and had great empathy for all he met. A stranger wasn’t a stranger anymore once Jon met them. Jon was always complimentary and affectionate hugs for everyone! He always spoke positively about the people in his life. And – he loved mayonnaise and hot sauce really, really a lot! It was pretty much on every food he ate. Jon also had an immense love for music and he had great mentors who encouraged him. Writing, singing, composing and playing guitar were part of his daily life. He was the sound technician for his “Buddy Band” and the Hillhurst United Church. Although he was successful in a variety of jobs, it was music that influenced him and gave his life meaning. He enjoyed creating and playing songs for his many friends and family. Jon excelled at technical stuff. He had a recording studio in his room and fixed computer problems for his friends and family. He worked as a Computer Support Specialist for YellowWood Networks, and as Assistant Operations Supervisor for SPUD (Sustainable Produce Urban Delivery). He recently decided to start his own computer support business, aptly named “CallJon Tech Support”. Jon had many friends and his objective was to be with them and make them happy. Jon believed in “spreading love and joy beyond any other achievement.” He invites each of us to get outside ourselves, help someone and connect to more people through love.

The family is compiling a Book of Remembrance of Jonathan’s life and friends. Please share Condolences & Memories on this page.