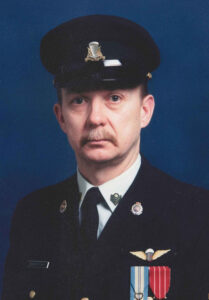 BOBOROSKY, John Wayne August 24, 1946 April 17, 2012 John Boborosky passed away peacefully after a courageous battle with cancer on Tuesday, April 17, 2012 at the age of 65 years. He leaves behind his wife Dawn; his children Heidi Winters (Rob) and Chad Boborosky; grandchildren Joshua Winters, Kale Winters and Nathan Boborosky; sister Sandra Alsfeld (Klaus); and nephews Sebastian and Nicholas. At John’s request, there will be no service held. “At the rising of the sun and the opening of the parachute, we will remember him!” Messages of condolence may be forwarded to the family at www.piersons.ca. Arrangements are in care of PIERSON’S FUNERAL SERVICE. Telephone 403-235-3602.