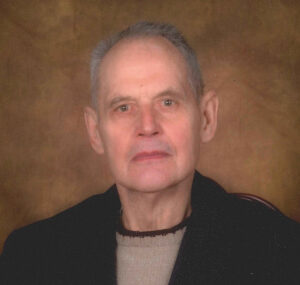 John Kristensen passed away on Wednesday, August 22, 2012 at the age of 81 years. He will be lovingly remembered by his wife of nearly 50 years, Barbara; sons, Paul (Carrie) Kristensen, of Fort Saskatchewan, AB, Kristoffer (Andrea) Kristensen, of Cedar Hills, UT, and Robert (Kasia) Kristensen of Marysville, WA; grandchildren Kyle, Makinna, Nathan, Taylor and Daniel, all of Fort Saskatchewan, AB, Audrey, Annalise, Allison and Sarah, all of Cedar Hills, UT, and Rikke, Benjamin, Helena and Eric, all of Marysville, WA; three brothers, Poul (Mette) Kristensen, Sven (Greta) Fredsted and Lars (Inge) Fredsted all of Denmark; sister Else (Dan) Kristensen of Denmark; and many more family and friends. He was predeceased by his father Kristian, mother Erna and step-mother Anna. John was born and raised in Denmark. When he was 20, he immigrated to Canada and worked as a farm hand in Hussar, AB. After 9 years he moved to Calgary which has been his home ever since. He met and married the love of his life Barbara there and they were blessed with three sons. John’s two favourite things to do are camping and working with his tools. A Memorial service will be held for John at the Church of Jesus Christ of Latter-day Saints Forest Lawn Chapel, 833 44 Street SE, on Saturday, August 25, 2012 at 2:00 p.m. If friends so desire, donations may be made to the Heart and Stroke Foundation of Alberta, #100, 119 14 Street NW, Calgary, AB T2N 1Z6. Messages of condolence may be forwarded to the family at www.piersons.ca. Please forward flowers to PIERSON’S FUNERAL SERVICE. Telephone 403 235-3602.