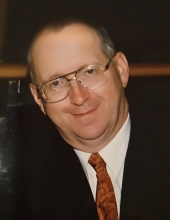 Peter John Cramp (Murphy), of Calgary, Alberta passed away on Saturday November 9th, 2019 at the age of 64 years old. After a long battle with various health problems, he died peacefully of liver cancer in Agape Hospice with his Beloved wife Janice by his side.

John was born on June 24, 1955 in Montreal, QC to Therese and Gordon Murphy. As a boy he was raised among his grandparents, parents, siblings, aunt and uncle. This may account for his mother stating he “was born an old man” and was always a responsible child.

As a very young man he learned to work hard and would take on small jobs to support his love for comic books and model building. His first job at the age of 13 years old, was building bicycles at Canadian Tire. At the same time, he became involved in the Air Cadets, which he spoke fondly of and it was this experience that provided the first opportunity for him to make his way west to Alberta.

John, along with other members of his family, was baptized into the Church of Jesus Christ of Latter-Day Saints at the age of 14. He was a faithful member the rest of his life and served the church in many different capacities. He had a strong testimony of the Savior.

In the spring of 1974, after John had only been in Calgary for a few months, he met the love of his life, Janice Wood. As Janice recalls he was a little geeky, but he wooed her with his musical talents, kindness and sense of humour. They were married in February of 1976 and were inseparable for over 43 years.

They started a family soon after and their first child James arrived in the spring of 1977, quickly followed by Jennifer, Jeffery, Jacqueline and Jared within the next 7 years. Each child was greeted by their parents with loving excitement and John even created and drew the baby announcements himself.

While in Calgary, John worked many jobs, but primarily as a Caretaker with the Calgary Board of Education, which with some encouragement from a fellow colleague inspired him to go back to school and become a teacher. John completed his degree in Education and Social Studies in 1992 after 6 years of study and while working full-time at the same time. He continued teaching until 2019.

John loved music, playing guitar, singing to entertain friends and family and one of the highlights of his life was playing “Robert Flinders” in a production of “Saturdays Warrior” in 1995. He loved Hockey and Baseball, especially when he was able to watch his kids play. He loved to be with family and was always up for a BBQ, reunion or gathering of friends.

He was a strong patriarch of his family, a good friend to all, a man who would give his shirt for a friend.

He was a good father who always took care of his children and did the best he could to teach and guide them, a loving grandfather to 10 grandchildren (Emma-Jeanne, Corban, Adam, Garrett, Noah, Liam, Evie, Ariya, Joshua and Ethan). He also lovingly cared for his parents as well as grandparents throughout their lives.

John was a faithful, devoted, proud and good man. He is loved and will be missed by many!

He is preceded in death by his youngest child Jared Kay; father Peter Gordon Murphy; grandparents Lucien and Lucia Pion;