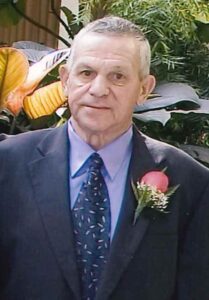 John de Castro passed away on Thursday, March 17, 2016 at the age of 77 years. He will be lovingly remembered by his wife Alda; sons, John (Nerissa) Castro, Leonardo (Jacqueline) Castro, Danny (Jessica) de Castro and Filipe (Shannon) Simao who became a son following his second marriage; grandchildren, Rachel, Kyle, Isabella, Alexander, Deana, Sofia, Nuno, Joaquim, Sybella; sister Maria do Carmo Viveiros of Portugal; numerous nieces, nephews, family and friends in Canada and Portugal. He was predeceased by his first wife Maria Isabel Oliveira de Castro; parents Manuel de Oliveira Castro and Maria da Conceicao Pereira; and siblings, Manuel de Castro, Jose de Castro and Maria Teresa de Castro. John was born and raised in Candelaria, Sao Miguel, Azores, Portugal. When he was 21 he emigrated to Canada and started in Montreal, but a year later eventually made his way to Calgary, which has been his home ever since. He and his first wife were blessed with three sons in Calgary. After 21 years of marriage Maria passed away in 1986. Five years later John married Alda and they spent 24 years together. Most of Johns working years were as a cement finisher, where his skill was exceptional. He worked hard and retired at 77 years. He enjoyed watching hockey and walking his dog Romeo. He will be missed dearly by all of his family and friends. Prayer Services will be held for John at Our Lady of Fatima (English & Portuguese) Catholic Church (4747 – 30 Street SE , Calgary) on Tuesday, March 22, 2016 at 7:00 pm with visitation starting at 6:00 pm. Funeral Mass will be celebrated for John at the same location on Wednesday, March 23, 2016 at 10:30 am with Rev. Francisco Alberta P. Silva Celebrant. Interment will follow at St. Mary’s Cemetery. Messages of condolence may be forwarded to the family at www.piersons.ca. Arrangements are in care of PIERSON’S FUNERAL SERVICE. Telephone 403 235-3602.