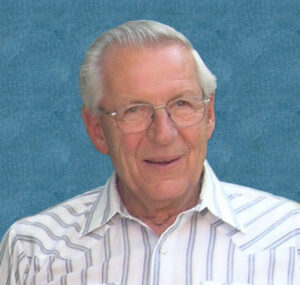 It is with great sadness that the family of John Kurrant announces his passing on September 23, 2011 after a valiant struggle with cancer. He is survived by Margaret, his loving wife for over 50 years, and his two sons, Derek (Christine) and Douglas. He is also survived by his three grandchildren (Rylan, James and Sadie), who have always been so very precious to him. Born on the Prairies, John was raised on a farm near Edmonton. Although he later moved to Edmonton and subsequently to Calgary, he remained actively involved in the family farm and it was always dear to his heart. He left the family farm to attend school in Edmonton and achieved his chartered accountant designation in 1960. It was also in Edmonton that he met and married his lovely wife, Margaret. They subsequently moved their young family to Calgary in 1966, where John worked with Revenue Canada as a specialist in oil and gas taxation until he retired. John valued hard work and honesty and he dealt with people at the office in the same way that he dealt with all others in his life: with dignity, respect and integrity and those are the values that he exemplified for his children and grandchildren. He was an admirable, honourable man and for those who got to know him well, a true and loyal friend who was always willing to lend a hand. Devotion to family was John’s highest priority and he had a great love for nature and the outdoors. As a result, many wonderful years were spent with his wife and sons camping in the mountains of Alberta and B.C. and on family trips to the west coast. He was an avid curler at the Calgary Curling Club and a true fan of the Flames, Hitmen and Stampeders. If the local boys were playing, the television was on in the Kurrant household and the family was gathered round. Even as he faced cancer, he was more concerned about his wife and family than he was for himself. John was also utterly and completely devoted to his three grandchildren and his retirement years were spent at hockey rinks, dance studios, playgrounds, ice cream parlours and school at pick-up time. He had endless energy and strength, and if he could not be found there, “Papa” was on the floor playing mini hockey, catching fish with a pretend rod in the basement, or having been relegated to play the big bad wolf or one of the three little pigs in the next “make believe” game. Papa could always be easily coerced into going for ice cream, to the playground or on an adventure hike to find bugs. His infinite patience and wit meant that his grandchildren were also completely devoted to him, as he was to them. The grandchildren adored him and they will miss him greatly. A true gentleman, he lived his life with honesty, integrity and loyalty and we were blessed and privileged to have him for 78 amazing years. Those wishing to pay their respects to John and his family are welcome to join the family at PIERSON’S Funeral Chapel (4121-17 Avenue SE) on Thursday, September 29, 2011 from 1:00 p.m. to 3:00 p.m. At John’s request, a private family funeral will be held later to give thanks for his life. We wish to thank family, friends and colleagues for their loving support. Expressions of sympathy may be sent to the family through Pierson’s at www.piersons.ca.