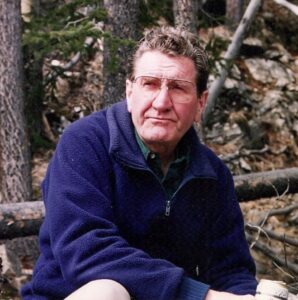 It is with heavy hearts that the family of John (Jack) Olsen announce his passing on Friday, December 30, 2016 at the age of 87 Years, in Calgary. Jack is survived by his daughter Dallas (Ken Poffenroth); his son Barney (Laurie Olsen); his grandchildren Colin Poffenroth (Stashia), Ryan Poffenroth (Colette), Shelby Olsen, and Gina Olsen; his sister Karen (Gordon West) and brother Marc (Mary Olsen); and his dear friend Jo Homulos. Jack is predeceased by his wife Helen and brothers Barton and Dennis Olsen.

Jack was a wonderful man with incredible patience and a good sense of humor. He worked for Greyhound for 40 years, traveling all over North America. His passion for traveling also followed him outside of the work place, where he could be found exploring the great Rocky Mountains. Jack had a love for camping and hiking, he adored being outdoors. And if, by chance, you could get him indoors, he would never pass up a game of Cribbage.

A Funeral Service will be held for Jack at Pierson’s Forest Lawn Chapel (4121 – 17 Avenue SE, Calgary) on , January 6, 2017 at 1:00 pm. In lieu of flowers, the family requests that donations be made in Jack’s name to a charity of your choice. Messages of condolence may be forwarded to the family at www.piersons.ca.