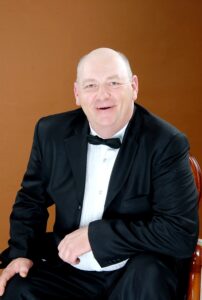 It is with great sadness that we, the family of John Douglas (Doug) Whittaker, announce his passing on July 28, 2022 at the age of 70.

Doug passed away at Rockyview Hospital in Calgary, Alberta after a brief illness. He is survived by his loving wife Yanling (Ling), daughters Samantha (David) Francis and Stephanie Rouzes, as well as his two grandsons Ryker and Sawyer Francis.

Born and raised in Toronto, Ontario, Doug exhibited an ability to build and repair things from an early age, taking things apart to find out how they worked and putting them back together again.

Doug made a living in electronics repair, building houses, running an international scrap metal business, and could pretty much fix, repair and build anything. He was a man of his word, and you could always rely on Doug to do a steady and solid job. He was always fixing things for his friends and neighbours when they needed help.

Doug had a great passion for restoring antique cars and had almost completed his 1931 Chevrolet. He attended swap meets all over the province to obtain antique car parts. He also loved woodworking and built some incredible pieces over the years. And surprisingly, he liked to relax making cross-stitch projects.

Doug was a large man in both stature and personality, his stoic exterior belied a good-natured sense of humour. He had a quit wit and a sharp mind.

Words cannot express how much Doug will be missed.